Should You Plead No Contest Or Something Else? How To Know

After being arrested, all defendants are brought before a judge and asked to enter a preliminary plea. You have a choice of three different pleas and many are confused when confronted with those options. Read on to find out more about pleas including the puzzling no-contest plea.

What is a Plea?

The word plea is a bit confusing since you are not actually pleading for your innocence or anything else. Instead, it's how you wish the state to view your case. Pleas are not set in stone and you can change your plea at any time. However, your initial plea could influence your case outcome because it sets certain things in motion. Guilty pleas, for example, could shorten your experience considerably and not in a good way. Everyone is entitled to a fair trial and the process leading up to that trial is best handled by entering a not guilty plea, at least at first.

The meeting in which you enter your initial plea is often called an arraignment, but it can be called other things in various locales. Also at the arraignment, you may be offered (or denied) bail and given the opportunity to ask for a public defender to represent you. Do not plead guilty at the arraignment no matter what. At this early date, a not guilty plea is highly advisable. You may want to change your plea to guilty or no contest later, depending on how things work out.

You will need a criminal defense attorney, even for misdemeanors. Minor and first-time offenses can and do result in jail time, expensive fines, and other punishments. Your lawyer will work with the state prosecutor's office to learn about the evidence and help negotiate any plea deals. In some cases, that deal is better than taking your case to trial. However, know what the ultimate potential punishment might be if you go to trial before you decide by discussing things with your attorney.

To find out more about the type of plea to enter and when to enter it, speak to a criminal lawyer. 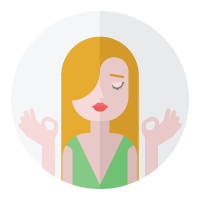 I still remember the first time I was arrested. I found myself sitting in a jail cell, alone and afraid, just wondering who I could turn to for help. However, after I met with my attorney, I knew I was in good hands. My newly appointed legal counsel walked me though the process, and fought hard for me in court. It was amazing to see how much of a difference the right lawyer made in my life. My website is dedicated to teaching you more about the courtroom process, so that you can rest a little easier during your trial.